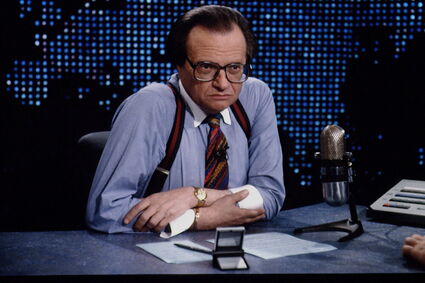 (JTA) - Larry King, the iconic Jewish radio and TV interviewer who never met a subject he didn't seem to like, has died at 87.

King died Saturday at a hospital in Los Angeles. His company Ora Media released the announcement and did not list a cause, but King had been hospitalized recently with the coronavirus.

King often recalled - sometimes with elaborate embellishment - his roots as a poor Jewish kid in Brooklyn, where he was born Lawrence Zeiger. One of his first broadcast employers, in Miami, had him change his name to King, saying Zeiger sounded too ethnic.

King, whose most famous talk...