George Shultz, secretary of state who pressed for freedom for refuseniks, dies at 100 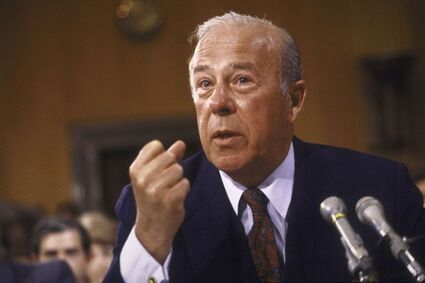 (JTA) - George Shultz, the Reagan administration secretary of state who made it his mission to bring about freedom for Soviet Jewry, has died at 100.

The Hoover Institution at Stanford University, where Shultz has been a distinguished fellow for decades, announced his passing on Saturday. It did not give a cause.

Shultz was a moderate Republican who in a number of economic Cabinet positions during the Nixon presidency advanced affirmative action as redress for discrimination. He was the rare instance of a Nixon Cabinet secretary who emerged from that administration squeaky clean: As Treasur...