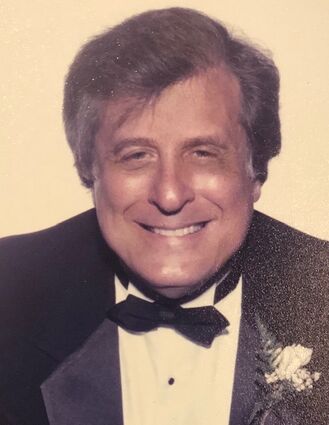 Al Katz, age 92, of Lake Mary, passed away peacefully on Tuesday morning, Feb. 9, 2021, at AdventHealth Hospice in Altamonte Springs. He was born in Brooklyn, New York, on April 25, 1928, to the late Louis and Cecelia Bagatelle Katz. Al attended City College of New York, earning both a Bachelor of Science and Master of Science in accounting. He also served in the U.S. Navy during World War II.

In June, 1955, Al married his late wife, Susi, in New York City, and they became the parents of three children - Steve, Sheri and Jeff. Early in their 32 year marriage, Al discovered a love of travel after he and Susi started traveling throughout the United States and the Caribbean. Following the Six Day War, Al took the whole family to Israel. Al and Susi took month-long trips throughout Europe, China, Egypt, the former Soviet Union and Japan.

After Susi's death, Al married Margaret L "Peggy" Morrissey, his wife of nearly 24 years, who survives him, on May 3, 1997, at the Citrus Club in Orlando. Al's love of travel continued - visiting all seven continents and some 164 countries. Among other trips, they traveled to the South Pole, the South Pacific islands, South America and a safari in Africa.

Al grew up during the Great Depression; working during college to pay for his own tuition. He became a CPA and opened his own accounting firm. His successful life was based on hard work and dedication to make sure his family was well taken care of. Al was a pillar of knowledge, strength and class; and was always willing to offer his advice. He was kind and a gentleman, and he will be missed by all of his family and friends.

In addition to Peggy, Al is survived by his sons, Jeff (Laura) Katz of Phoenix Ariz., and Steven Katz of DeLand. He was the proud grandfather of James Katz, Jillian (Bryan) Duque, Joshua Katz, Adam Katz and Shayna Katz and great-grandfather to Elijah and Ezrah. Al was predeceased by his daughter, Sheri Katz-Keshishian.

Funeral services, with military honors, and burial were held at All Faiths Memorial Park.