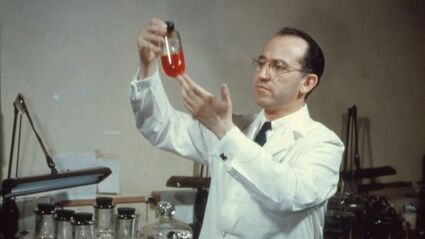 How about Emma Lazarus? She was Jewish. Her poem, "The New Colossus" is engraved on the Statue of Liberty! Being a battered child because of my Jewish heritage, the first poem I learned (and never forgot) goes like this: "Give me your tired, your poor, your huddled masses yearning to breathe free ..."

(Although very poor, living on welfare in a Brooklyn project, I knew how special Jews are because of her!)

Dr. Jonas Salk found the cure for polio. Also, Dr. Albert Sabin produced an even more effective polio vaccine based on Dr. Salk's findings. (Both, of course, were Jewish.)

And who knew???? Did you ever hear of Erik Weisz? How about Ehrich Weiss or Harry Weiss? Okay, I know you heard of Harry Houdini, stunt performer and escape artist!

(All are one and the same!) He was born in Budapest to a Jewish family. In fact, his father was a rabbi. Harry eventually lived in New York City (didn't we all?) and was extremely poor (weren't we all?) but earned great fame eventually! He will go down in history as all in this column will.

I received a letter...

It was from BETTY EHRENBERG, the executive director of the World Jewish Congress North America. I pass part of it along:

"It's a plague as old as time, but with a dangerous new twist. Since the COVID-19 pandemic gripped the world more than one year ago, anti-Semitic conspiracy myths have become increasingly widespread online. Since March 2020, anti-Semitic conspiracy myths blaming Jews and Israel for the pandemic and resulting economic upheaval have grown and spread around the world. Phrases such as the 'Jewish virus' has spiked across social media platforms. The use of epithets such as 'kike' and 'dirty Jew' also have increased significantly, according to data on Google Analytics keyword searches.

For example: A Belgian newspaper ran a caricature that referred to the Orthodox Jewish neighborhood of Antwerp as 'corona village.'

A far-right French conspiracy YouTube channel called 'Jean Monnale' reposted a video of the Great Rabbi of Monaco singing, and claimed that he was saying that Jews celebrate the death of non-Jews due to coronavirus. And a Jewish airline passenger reported being harassed by a flight attendant who said that 'dirty Jews' were spreading COVID-19.

(We need a vaccine against such ignorance!)

For just one night, Thursday, April 1, at 7:30 p.m., there will be a tribute to Neil Diamond (you guessed it, Neil is also one of us) featuring David Jericko and his live band, The Crew, as part of the popular One-Night-Only Series, The Playhouse will present "Solitary Man: A Tribute to Neil Diamond." This special 90-minute show will be held at Trinity Preparatory School's theatre in Winter Park to allow for ample socially distanced seating.

Net proceeds will support The Winter Park Playhouse's year-round musical programming in-house and out in the community. Every dollar counts, so thank you for considering supporting The Playhouse through this special event.

Jericko will pay tribute to Neil Diamond and his most well-known hits that span decades of the pop music scene. Patrons will be treated to a score of songs including "Solitary Man," "Cracklin' Rosie," "Brooklyn Roads," "Love on the Rocks," "September Morn," "Sweet Caroline" and many more.

The quarterly One-Night-Only events are very popular and seats are limited and socially distanced- so purchase quickly. Tickets are $65 each and patrons must call the box office (407) 645-0145 to purchase and confirm seat selection.

Actually, I think you have to name your favorite Passover food. Mine is Gefilte Fish. (Oops. I think Director KEITH DVORCHIK likes chopped liver better!)

Camp J is the place to be! It is better than ever, with the same "tasty" new activities and specialty camps for 2021. 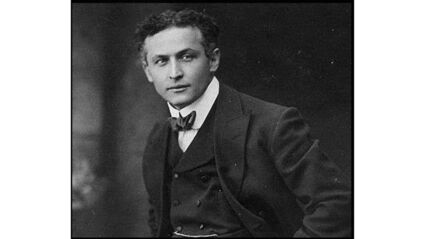 Registration is now open. This summer it will be in session from June 7 to July 30.

Choose from many options and make this summer the best ever.

A little girl asks her mother, "What is fornication?" Her mother was too embarrassed to answer.

The little girl then asks her father, "Daddy, what does fornication mean?"

He is also too embarrassed to answer, so he sends her to her grandmother.

"Grandma," the little girl asks, "What is fornication?"

Her grandmother answers, "Come Totala, I'll show you." She takes her to her room closet and points to an elegant beaded gown.