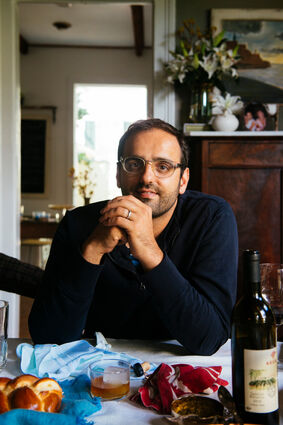 Seeing some culinary-related artifacts at Yad Vashem launched Alon Shaya on a project a decade later that he calls "one of the most moving things I have ever done."

(JTA) - Visiting Yad Vashem a decade ago, Alon Shaya got to see some of the Jerusalem Holocaust museum's culinary-related artifacts that aren't always on display to the public.

It was the James Beard Award-winning chef's introduction to the fact that concentration camp inmates distracted themselves by recalling and secretly writing recipes - on scraps of hidden paper and cloth - from their prewar lives.

"Food is such a big part of everything I do. It really moved me that people who were trapped, who were facing almost certain death, were helped by these memories of food....