How to make pampushky, the Ukrainian garlic bread rolls that dreams are made of 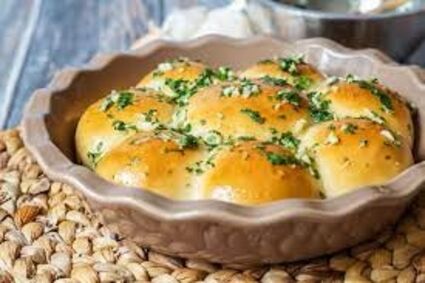 Pampushky are fluffy, soft Ukrainian garlic bread rolls. Ukraine was known as the "breadbasket" of the Soviet Union, and both garlic and bread are staples of the cuisine. These rolls are traditionally served alongside borscht; the garlic's sharpness compliments the sweetness of its beets. Garlic and bread is such a common side to borscht that my own grandparents would often simply eat slices of brown bread and whole raw cloves of garlic with their soup.

I was first inspired to make pampushky years ago when I came across a recipe in "Mamushka," Olia Hercules' exceptional Ukrainian cookbook....