Who is Mansour Abbas, the Arab-Israeli who could hold the key to Israel's next government? 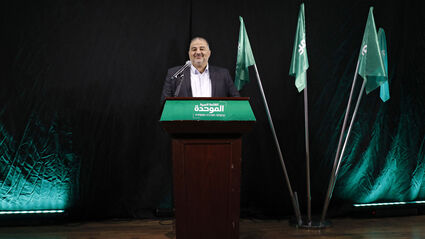 Mansour Abbas, head of Israel's Islamic Raam party, speaks during a press conference in the northern city of Nazareth, April 1, 2021.

(JTA) - Following yet another Israeli election, voters are getting to know an unlikely kingmaker: Mansour Abbas, an Arab-Israeli lawmaker who might be the one to break Israel's two-year political stalemate.

Abbas, head of the United Arab List political party, is not the kind of politician who usually wields power in the Jewish state. He's an Islamist who has more in common ideologically with Egypt's Muslim Brotherhood than with any of Israel's establishment political parties. But through unorthodox electoral maneuvering, Abbas has set his small party up as the potential swing vote between l...