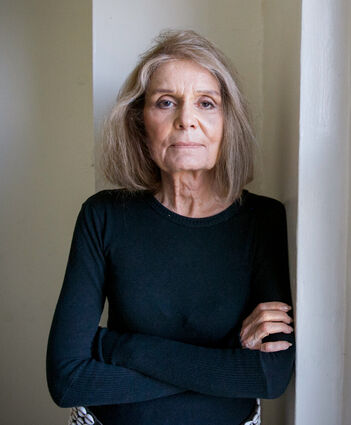 If you're as old as me, you will remember actress Marion Levy. NO! YOU DON'T REMEMBER HER? How about if I use her entertainment name? Surely, you've heard of Paulette Goddard.

Paulette was a famous star in her day. Her dad was a Russian/Jew (weren't all of our ancestors? Only kidding, of course.)

She was once married to Charlie Chaplin for about 6 years. Very famous, very famous!

How about GLORIA STEINEM? She is super famous! (Best of all, she's older than me!)

Gloria is a super famous American feminist journalist and social political activist who became nationally recognized as a leader and a spokeswoman for the American feminist movement in the late 1960s and early 1970s.

Steinem was a columnist for New York magazine, and a co-founder of Ms. magazine. In 1969, Steinem published an article, "After Black Power, Women's Liberation," which brought her to national fame as a feminist leader. In 1971, she co-founded the National Women's Political Caucus, which provides training and support for women who seek elected and appointed offices in government. Also in 1971, she co-founded the Women's Action Alliance, which, until 1997, provided support to a network of feminist activists and worked to advance feminist causes and legislation. In the 1990s, Steinem helped establish Take Our Daughters to Work Day, an occasion for young girls to learn about future career opportunities. In 2005, Steinem, Jane Fonda, and Robin Morgan co-founded the Women's Media Center, an organization that "works to make women visible and powerful in the media."

As of May 2018, Steinem was traveling internationally as an organizer and lecturer, and was a media spokeswoman on issues of equality.

And how about JERRY SPRINGER? Super famous and now a judge!

He was born in Germany, and inspite of being Jewish, somehow survived WWII and he and his family came to New York.

And speaking of judges (Jewish judges), how about Judge JUDITH SHEINDLIN? She couldn't be more famous ... and loved or hated depending on the case!

(But I always love her and seem to agree with her decisions! Maybe I should have been a judge?)

I read this recently in the World Jewish Congress digest and pass it along in part:

"The WJC reconvened its forum for Special Envoys and Coordinators Combating Anti-Semitism, in continuation of the forum's exchange of best practices to confront and reduce anti-Semitism worldwide.

In attendance were dozens of officials from national governments and international organizations.

The previous SECCA forum was held in October of 2019 in Munich, Germany. The meeting was co-chaired by European Commission Coordinator on Combating Anti-Semitism, KATHARINA von SCHNURBEIN, and WJC Executive Vice President MARAM STERN.

Each year Choices, a project of 'Women Together' & the Jewish Federation of Greater Orlando showcases the power, strength, and impact women have on our Orlando Community. This year BRAVE Choices takes it a step further and is celebrating the BRAVE women on the frontlines of the COVID pandemic. There are so many stories of Jewish women who put their own safety on the line to ensure our community is cared for, help us share their stories. Please contact Carol Feuerman, cfeuerman@jfgo.org, if you have any questions.

(I'm a brave woman! I have been cooking, doing dishes, sweeping and mopping, etc., despite the pandemic!)

May 20th is a very special day for me. It is the birthday of my dear, departed mother, Sally. (I speak to her often in my head and miss her terribly.)

May 20, at 7 p.m, is also one of the most important dates of the year! It is the date of the upcoming J BALL!

This year, you don't have to leave your couch to attend the fabulous fundraiser of the year! You can wear comfy clothes (or NO clothes?)

They will be honoring the COHEN/PRESSER family and presenting KAREN DUNCAN with the Harriet Weiss Legacy award.

The Jewish Pavilion 2021 Fashion Show honoring mother and daughter, NANCY LUDIN and GLORIA NEWBERGER, will take place on Thursday, April 29th at 9:30 am at Dillard's in the Altamonte Springs Mall.

The fashion show begins at 10 a.m. and is NOT to be missed!

I recently heard from them and pass it along:

"Sadly, it mentions the appalling rise in anti-Semitic incidents across the country and on college campuses.

In fact, perpetrators of anti-Semitism have found new ways to spread their poisonous message and hatred toward Jews, both on college campuses and online over the past 12 months.

Empowering Jewish students may help. Earlier this year, when a building was defaced with anti-Semitic graffiti, Jewish students painted over it with a mural depicting a message of peace and love. (Will this ever end????) 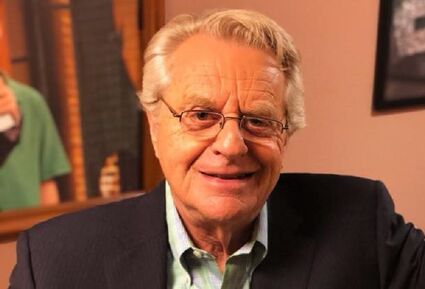 (This seems like the best time for a joke. Actually, Henny Youngman used to make me laugh, so let's use one of his.)