Israeli strategic observers: 'It appears as if a lot of Iranian work in Natanz went down the drain' 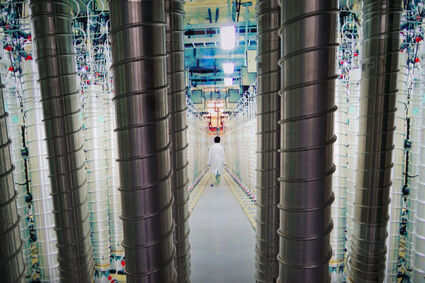 A view of nuclear centrifuges at the Iran nuclear energy exhibition at the Islamic Revolution & Holy Defense Museum in 2018.

(JNS) - Threats by Iran to retaliate against what it said was an Israeli sabotage attack on its Natanz nuclear site on April 11 and the reported attack on an Iranian command ship in the Red Sea on April 6 should be taken seriously, observers in Israel say, but they also indicate the distress that the Iranian regime is feeling as it absorbs one blow after another.

Lt. Col. (ret.) Michael Segall, an expert on strategic issues with a focus on Iran, terrorism and the Middle East, and a senior analyst at the Jerusalem Center for Public Affairs, told JNS on Monday that negotiations between the Un...