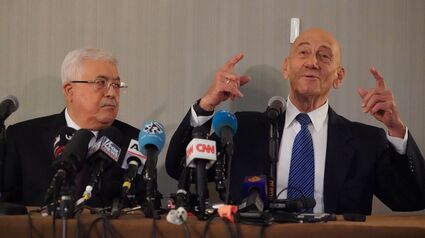 (JTA) - Palestinian Authority President Mahmoud Abbas said he was ready to "remove obstacles" to renewing U.S.-Israel ties, apparently signaling a willingness to stop the payments to the families of Palestinians who have killed Israelis that have proven to be a stumbling block.