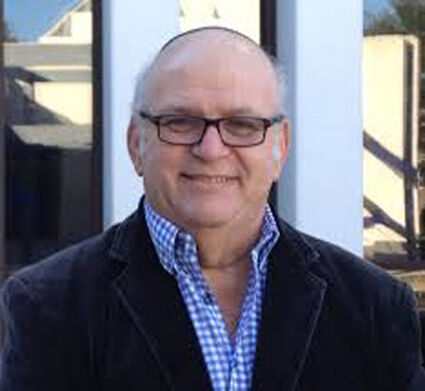 The Congregation Ohev Shalom Rabbinic Search Committee offered the position of interim rabbi to Rabbi Murray Ezring, who accepted the position. He will begin officially on Aug. 1 and serve for one or two years.

During their search, the committee learned that there is a difference between an interim rabbi and a permanent one, and hiring an interim rabbi was the best solution for the congregation at this time.

As an interim rabbi, Ezring says he is charged with getting the congregation in the right frame of mind to hire a full-time replacement. He has gone through extensive training for the position and is actually not allowed to take the job.

His first position as interim rabbi was at Congregation Beth El in Norfolk, Va., where he explained, "If I do my job well, then Beth El will be positioned to hire a good rabbi who wants to move in the same direction that the congregation wants to move." His message to them at that time is the same as his message to COS.

"Rabbi Ezring is committed to partnering with both the lay and professional leadership of our congregation to help us begin our journey into the future. He will help guide us as we reassess ourselves, our goals and priorities, as well as help us in our search for our next permanent rabbi," a member of the Rabbinic Search Committee stated in an e-mail released to COS members.

Born in Rock Island, Ill., Ezring received a bachelor's degree in history and social studies, with a minor in psychology and Hebrew language at the University of Illinois. Enticed by his parents to spend a free summer in New York City after his junior year, he attended the Jewish Theological Seminary of American where he studied history and Talmud. He fell in love with Talmud. After graduation, he attended JTS and earned his master's and ordination as rabbi.

Ezring's first position was as assistant rabbi in Congregation Oheb Shalom in South Orange, New Jersey, and then 10 years as rabbi at Temple Beth El, Ocean Township, New Jersey. With family in tow (Ezring and his wife, Barbara, have four children - Aviva, Tami, Ron and Gil), he moved to Boca Raton, Fla., where his parents retired, and served as rabbi of B'nai Torah Congregation. After six years, Ezring decided to take a job outside the rabbinate. However, he just couldn't do it.

"When I went to sign the contract on my new job, my hand was shaking. I realized it was a sign that I should give it another try."

Ezring instead became senior rabbi of Temple Israel in Charlotte, N.C. and served there for 25 years before retiring.

When Ezring decided to retire, Barbara told him he needed to find something to keep him "out of the house" for about eight hours a day. So, he studied to become an interim rabbi. After 43 years on the pulpit, Rabbi Ezring thought he could help bridge the gap between a congregation losing its rabbi to finding the right person. In this way, he sees himself as a "healing rabbi."

"It's helping a congregation heal from political trauma or the sudden, unexpected loss of a rabbi. ... Above all, I'm a pastor, so I thought it would be nice to pastor a congregation instead of individuals, although that's still part of the job."