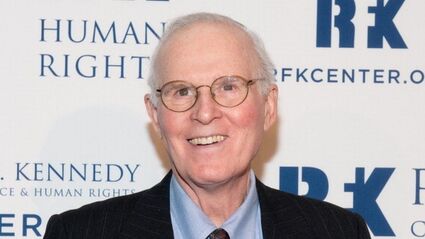 (JTA) - Charles Grodin, the deadpan Jewish comic actor who starred in such blockbuster films as "The Heartbreak Kid" and the children's movie "Beethoven," died Tuesday at his home in Wilton, Connecticut.

He was 86, and the cause was bone marrow cancer, according to reports.

Grodin was raised in an Orthodox Jewish household in Pittsburgh but became less observant in his adult years, although he and his second wife - in his words, "a nice Jewish girl from Kansas City" - observed holidays at home.