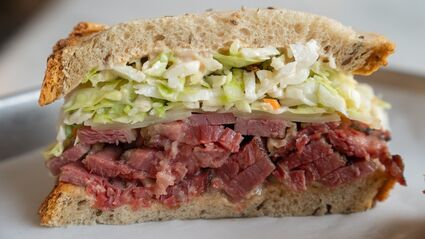 The Papa Sandwich at Daughter's Deli.

Not long ago, there were ominous reports about the fate of Jewish delis. Lovers of pastrami and chopped liver wrung their hands.

While it's undeniable that there are far fewer Jewish delis today than there were a generation ago - David Sax, author of "Save the Deli," calls them "a dying breed" - a revival is underway, in many cases led by women.

That wasn't always the case in a male-dominated industry. But in the past five years, several delis owned and run by women have joined the Jewish food landscape, putting their own stamp on the Jewish deli. We've rounded up the best of them.