Jews in the Land of Disney: The 'human factor' in serving a higher purpose 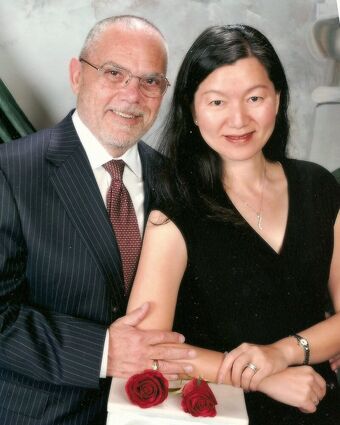 Like many American Jews, Michael Fineberg, Ph.D.'s paternal grandparents emigrated from Lithuania and Russia, his maternal grandparents from Romania and Austria, arriving by boat to the United States in the early 1900s. His parents were first generation American Jews who assimilated and worked hard to build a life for themselves and their children.

His father didn't graduate from high school as a result of World War II.

Returning after the war, he worked at the Food Fair Grocery Store chain, ending up as branch supervisor for the seafood department until his retirement. The sacrifice that Fineberg's grandparents and parents made ultimately led to Fineberg becoming an internationally recognized experimental psychologist in the field of human factors psychology.

Human factors psychology is a discipline devoted to understanding how people interact with their environments, products, and objects in those environments. It focuses on a range of different topics, including ergonomics, workplace safety, human error, product design, human capability, and human-computer interaction. The field of human factors began during World War II when a team of experts worked together to improve the safety of airplanes.

During his 46-year career in research and development, teaching, and private practice, Fineberg has applied these skills in many different military and civil system domains. His work in modeling fatigue effects on United States Air Force aircrew performance and the interaction of battlefield stress effects on personality and decision-making has been well received in the United States, United Kingdom and in Israel.

Fineberg married in 1966 and soon after moved to Washington, D.C., to work as a research psychologist for the Armed Forces Radiobiology Research Institute. Subsequently he served in the government for 10 years, military contracting for 36 years, part-time in academia for three years, and had a private practice in family therapy for seven years. Two major themes pervade his work and private life: a strong commitment to serve a higher purpose and the pursuit of lifelong learning.

After completing his master's degree in human factors psychology at Rutgers, he took a sabbatical in Israel and Europe with his wife and daughter. "I needed some time off and we spent that time in Israel and traveling throughout Europe," Finberg said. "I had an interest in possibly moving to Israel and offering my services to the IDF. I was offered a job with the IDF Medical Corp but turned it down and subsequently returned to D.C. If I had the correct information about the job at the time, I might still be there," he said.

While working for the government, Fineberg led a U.S. Navy design review team for the F-14 cockpit and weapons system operator work station, and served as a senior research psychologist developing navigation training aids for U.S. Army low-level helicopter missions. He received an Army commendation and hazard pay for his work because of its importance to the Army and its hazardous nature. He ended his work for the government by leading the development of more valid and reliable driver licensing exams and investigating the effects of stress on emergency maneuvers at the U.S. Department of Transportation.

As a government contractor he managed a project to develop a computer database to store information on human factors involved in U.S.A.F. aircraft accidents.

He also served as program manager for human factors control-room design reviews of all 80 NRC-regulated nuclear power plants. "This project came about as a result of the Three Mile Island Reactor accident. Our work helped to improve the design of the controls and displays used to operate and monitor the reactors," he said.

Fineberg was named technical fellow and chief scientist for the U.S.A.F. Human System Information Analysis Center and he served as senior scientist for Soldier Survivability as part of the largest U.S. Army program at that time.

Midway into his career in human factors, Fineberg re-trained in Bowen Family Systems and opened a part-time private practice in family psychotherapy. He treated parenting problems, dysfunctional relationships, career transition and "burnout," employing a family systems model. He worked with children, adolescents, and adults, and is especially qualified to treat stress reactions resulting from athletic competition.

After another trip to Israel, he began a journey back to his Jewish roots. "On a 1987 trip to Israel, I was asked by my host to pray with him at the Western Wall. I agreed out of politeness. I had an intense moment, almost like a flash. At that point I felt Hashem for the first time in my life, and I became much more committed to my religion and its rituals. That experience was a turning point in my life," Fineberg said.

Although he was a bar mitzvah, he started studying Judaism from scratch. He learned history, philosophy, Chumash, Talmud, life cycle, holidays, and language at Aish HaTorah, Chabad, and Aytz Chaim. After about a year he joined an Orthodox synagogue in Maryland and practiced as a Modern Orthodox Jew for about 12 years. The fervor in which he approached his professional research, transferred to his Jewish studies. It transformed his life. His daughter, his four granddaughters and his two great-grandchildren are all practicing Orthodox Jews in Baltimore.

In 2004 Fineberg met his wife Julia, who immigrated from China in 1988 to pursue a master's degree in computer science. They were married in November 2005 in Fairfax, Virginia. After living in the Washington, D.C., area for 46 years, Fineberg moved to Central Florida with Julia and her daughter in 2007 to find a new start.

Shortly after their move, they joined Temple Israel in Winter Springs. "The congregation was very welcoming to us and made Julia feel right at home."

Julia completed her conversion to Judaism a year later and became a bat mitzvah two years after that. They married again in a Jewish ceremony by Rabbi Joshua Neely at Temple Israel in November 2010.

Fineberg retired from his work in human factors in 2012 and has kept busy since then as a board member, vice president and committee chair at Temple Israel, member of the advisory board of the National Gaucher Care Foundation, and in his pursuit of Jewish studies and various secular subjects. The couple is very happy with their decision to come to Central Florida. Fineberg said, "I can understand a person living for one year up North, but more than that is inconceivable. You don't have to shovel heat."