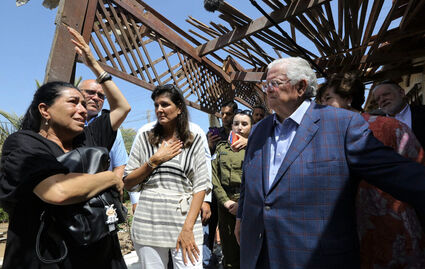 (JNS) - "Israel, you are not alone. ... We represent 10 million-plus people in America and these people say to you Israel, we have your back."

That was the message of Pastor John Hagee, chairman and founder of Christians United for Israel, the largest pro-Israel organization in the United States. Hagee was in Israel on a June 13-14 solidarity mission that included former U.S. Ambassador to the United Nations Nikki Haley. Haley, who served in that role from January 2017 to December 2018, stood out for her consistent defense of the Jewish state at the world body. Israel's ambassador to the Un...