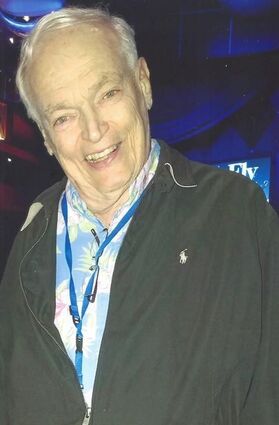 Bert J. Schoemann's parents, Ernst Schoemann and Annie Strauss, met in Paris, France, after each of them had escaped Germany from the Nazi onslaught. They married, and on June 3, 1936, Bert (Shimon ben Menachem) was born in Bordeaux.

Bert graduated from Brooklyn Technical High School and attended City College and then Pratt Institute. From the time he was in middle school, he knew he wanted to become an electrical engineer.

When he was 19, Bert applied for his own citizenship papers, separate from his father's. He dropped his given German and French names and from then on, his nicknames Bert Jack became his Americanized legal name.

Bert met Ronni Aisley on March 23, 1956, when, with his friend, he attended the Forest Hills High School Junior Prom. Bert was 19 and Ronni 16. He asked Ronni to dance and the rest is history.

Ronni's father called what they had, being teenagers, "Puppy Love." One night while the family was having dinner, he questioned Bert as to whether -- if he discovered Ronni had spied against the U.S ,. but had stopped, would Bert stick by her or turn her in; After some though, Bert said he didn't know ahead of time what he'd do as he loved Ronni but this was his country. Ronni's father said to her, "Bert is a man of honesty and integrity to not say what he thought her father wanted to hear."

Bert had a career of almost 50 years in electrical engineering, starting in New York City and becoming a department head at a firm in Newark, New Jersey, and later in Orlando. Some of his greatest projects were for hospitals and airports. Bert mentored people just as he had been given a leg up when he started out. He particularly reached out to some Russian Refusniks in Newark.

Bert was always proud and protective of his Jewishness. After what his family had gone through, he desired to further the proactive of his religion. He served on the Board of Temple Shalom in Matawan, N.J., and in its choir. He was welcomed at Congregation of Liberal Judaism (later renamed Congregation of Reform Judaism). Bert served on the Board of CLJ for three years, as the Ritual and GORFTY chairman.

Bert had many friends through the years and was always supportive of them and of his community.

By far Bert's greatest energy and joy was for his family. When Ronni went back to complete the last two years of her college degree in 1986, while working full time, he stepped up and supported her goal. He was involved in his children's education, activities and sports and enjoyed being a part of his grandchildren's lives.

Even through the many years of illness, Bert rarely got depressed. This past December, even knowing his fate, he woke up one morning and said to Ronni, "I can't lie in bed all day; I need to exercise." He so appreciated the life he was given and which he created and we who mourn his passing appreciate it even more!

Bert was a loving, loyal, generous, moral and humorous man. The world is a better place for his having lived in it for 85 years.

A graveside service was held at CRJ Cemetery in Gotha, with Rabbi Steven W. Engel and Cantor Bryce Megdal officiating. Contributions in memory of Bert Schoemann can be made to CRJ, 928 Malone Dr, Orlando 32810.