Back on stage with a humorous theatrical show 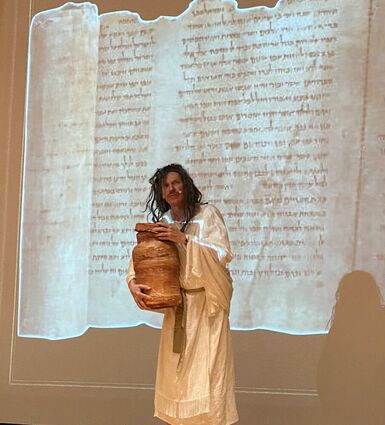 Who thought the topic of the Dead Sea Scrolls could be so entertaining? Natural story-teller Kenneth Hanson, Ph.D., as done just that. In addition to being an associate professor of Judaic Studies at the University of Central Florida, he is a brilliant actor who brings to life academic topics such as archeology finds in Israel and the Dead Sea Scrolls through his characters known as Jerusalem Jones and Menachem the Essene, also known as the 2,001-year-old man.

He shares insights, mixed with a lot of one-liners, to make learning about the Dead Sea Scrolls fun.

Jerusalem Jones, a take on th...