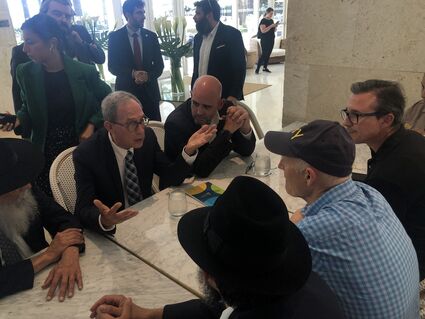 SURFSIDE, Fla. (JTA) - Nachman Shai's first visit to the United States as Israel's new minister for Diaspora affairs was not under normal circumstances.

"In hard times, in times of disaster, we have to stand shoulder to shoulder with Americans," he said in an interview on Sunday in The Shul, the Chabad-Lubavitch synagogue located about a mile from the remains of the collapsed Champlain Towers building here that has left over 150 people unaccounted for.

Shai, 74, was previously best known as the calm, cool and collected Israel Defense Forces spokesman during the 1991 Gulf War who worked to c...