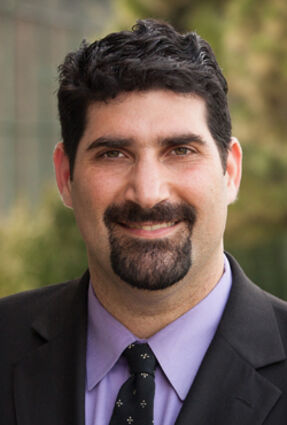 Submitted by the family.

He leaves his much loved and adored wife, “his Malka,” Laura, and his four-year-old daughter and light of his life, Eleanore. He will be greatly missed by his brothers — his partners-in-crime, Marc and Dave; his sisters-in-law, Elizabeth and Lisa; and his 14 nephews and nieces. His parents, Faye and Paul, will never fully recover from losing their baby, their hero and their most special mensch.

From a very young age, Michael had a special relationship with Judaism and Israel. His very first trip (of many) to Israel was when he was minus two months old (when Faye was seven months pregnant). He was a graduate of the JCC pre-school in Orlando and elementary school at the Moriah School in Englewood, N.J. While attending Dwight Englewood high school, he participated in the MARCH OF THE LIVING, traveling to Poland and then to Israel.

After graduating from the University of Arizona, he spent a year in Israel on PROJECT OTZMA, where he taught English and led after-school programs in immigrant neighborhood schools in Shar Hanegev. In 2004 he received double-masters’ degrees from USC in Social Work and HUC (Jewish Communal Service).

The love for Michael has shown itself in many ways. The support given to him by the SD Federation’s leadership and staff has been beyond any expectations. When Michael decided to run a GoFundMe campaign to provide support for Laura and Eleanore, over 1,400 people responded. There have been over 1,000 personal emails and comments on the many Facebook streams that announced his passing. As one close family friend wrote, “there are more tears than words.” As his cousin from Israel wrote, “Michael, who gave you permission to leave?”

One of Michael’s ‘happy places’ was Camp Tevya in New Hampshire, where he attended from an early age through college when he was appointed Boy’s head counselor. His other ‘happy places’ included rooting for the Jets and Celtics, going to Disneyland, whale and eagle watching, going to the movie theater and eating popcorn, drinking with his brothers and close friends, and, most of all, sitting on the couch with Laura and Eleanore watching his favorite TV shows and movies.

The family has requested that donations in Michael’s memory be given to either the Jewish Federation of San Diego (in support of the Michael Jeser Outstanding Jewish Professional Award) https://www.jewishinsandiego.org/, or Camp Tevya https://www.camptevya.org/support-camp/ 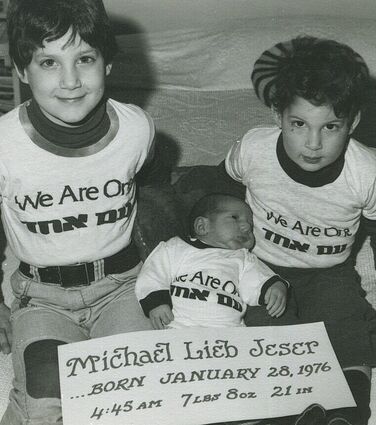 May Michael’s memory forever be a blessing.