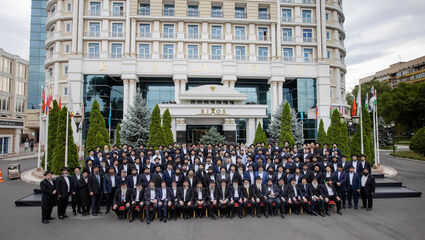 Chabad rabbis from across the former Soviet Union pose for a group photo in Almaty, Kazakhstan, July 29, 2021.

(JTA) - For Chabad-Lubavitch, major events aren't over until they take a group photograph.

The tradition, covering the international Hasidic movement, creates much more than a souvenir. It has also generated a visual record of Chabad's growth from a small group in the 18th century in what was then the Russian empire to a global movement with branches today in dozens of countries.

Last month in Kazakhstan, the photo opportunity yielded something else: a fine for violating rules against large gatherings during the COVID-19 pandemic.

More than 200 Chabad rabbis had convened in Almaty, the larg...