Looking back and ahead: Analyzing US, Jewish security concerns post-9/11 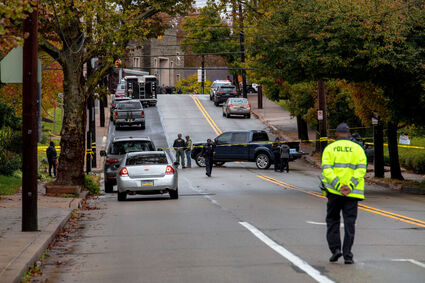 Local and state police secure the area around the Tree of Life Synagogue in Pittsburgh after a mass shooting on Oct. 27, 2018.

(JNS) As Americans gathered this year to remember the 20th anniversary of the 9/11 terror attacks, they did so amid a landscape that is increasingly divided domestically, where hate crimes are at a record high, the Taliban has become the official government of Afghanistan, and experts say that homegrown terror threats continue to be a major security concern.

"The issues facing the United States and how we have dealt with them have changed dramatically over the last 20 years," according to Michael Masters, director of the Secure Community Network, which serves as the liaison between the Jewi...