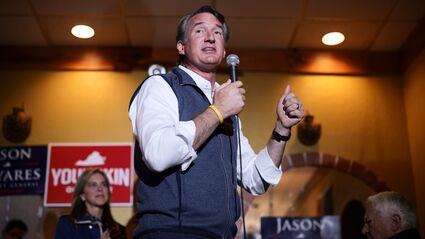 (JTA) - Demonstrators posed as the antisemitic white supremacists who led a deadly rally in Virginia in 2017 in a stunt protest against the state's Republican candidate for governor, a sign of the increasing role charges of antisemitism are playing in the close race.

The protest Friday against Glenn Youngkin, who is running for governor against former governor Terry McAuliffe, was organized by the Lincoln Project, a group of anti-Trump Republicans. Youngkin and other Republicans condemned the protest as exploiting tragedy. Jewish Democrats called it "inappropriate." The election was Tuesday...