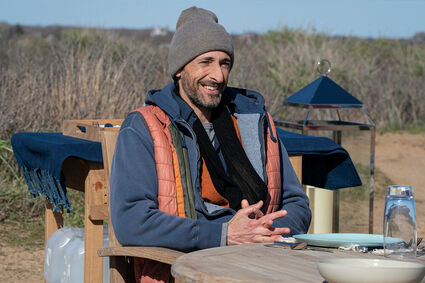 Spoiler alert: This piece contains plot details about HBO's "Succession," including extensive details about the Season 3 episode "Lion in the Meadow" that first aired Nov. 7, 2021.

(JTA) - In the very first shot of Kendall Roy walking into the island home of Waystar investor Josh Aaronson on the latest episode of HBO's hit series "Succession," a massive mezuzah is visible on the doorframe behind him.

The mezuzah, which looks to be about 8 inches long, is positioned well about Kendall's head (he's short) and it sets the tone for the encounter: Aaronson's Jewish identity is present, and loomi...