A new direction for the Rosen JCC in Southwest Orlando 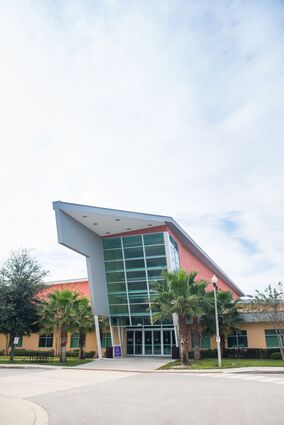 A Town Square is defined as an open public space found in the heart of a traditional town, used for community gatherings. In its new direction, the Rosen JCC is adopting a form of the town square concept.

In many of the recent articles about upcoming events, The Rosen JCC has referred to itself as "Your Town Square." Is this a new marketing tool? Not really, but it is a different way of envisioning the traditional Jewish Community Center.

The Southwest Orlando JCC originated back in 1994 as a satellite branch of the JCC of Greater Orlando (now The Roth Family JCC). "We were the little satellite of the larger down-the-road JCC," said Dr. Reuben Romirowsky, CEO of the Rosen JCC.

The campus was completed in 2009 with classrooms, meeting space and a fitness center and gym. By 2015, it had grown into an independent nonprofit organization named the Jack & Lee Rosen Jewish Community Center. The facility was expanded with additional classrooms, a 500-seat auditorium and theater, a new fitness area and other amenities.

When Romirowsky came to Orlando, the JCC was a five-year "start-up" nonprofit with its own identity. Unlike the Maitland JCC, which is surrounded by well-established communities (a few-minute drive to and from most areas on this side of Orlando), the Rosen JCC is way down Apopka-Vineland Road, not close to the hub of Southwest Orlando - the Dr. Phillips area. There just isn't a whole lot of community around the campus, with a continuous influx of new families moving into the area, who want to experience a sense of community.

However, Romirowsky sees change unfolding "right in front of our eyes." More than 80,000 units of housing are being built, along with a high school, middle school, and a commercial shopping complex across the street from the JCC. Seeing these changes coming, Romirowsky asked the seven Board members to consider "Who are we?," "What do we want to be in three years?" and "How are we going to make a difference in the lives of families?"

What currently defines the JCC is its Early Childhood Learning Center. With 272 children enrolled and 32 languages spoken, there is a lot of diversity. "We have a great school, but we don't see ourselves as part of a community," said Romirowsky. "In fact, we are a minority in the own community!"

After investing heavily in these little ones and their families for six year, they would leave and a whole new incoming class would come. "There is no 'stick.' There was little to come back to the JCC for once they left the pre-school," he said.

Romirowsky recognized the richness of diversity on campus. "Why would we not want to take the values of this great diversity as embodied in our school?" he asked the Board.

To confirm this, Romirowsky shared a conversation he overheard in the JCC lobby among parents of school kids. "They were talking about babysitting so they can go out together, and they were all from different backgrounds - an Orthodox Jew, a Christian, and a Muslim." He saw the opportunity to build a community rich in diversity.

"The decision to move into a 'town square' was a strategic, intentional direction to give Southwest Orlando an identity that it doesn't have," said Romirowsky.

"We will be the first to market, post-covid, a town square, to create a concept that is 'Better Together'" Romirowsky shared, pointing out the "Better Together" trademarked motto on the wall behind his desk. "No one organization can do this alone, but we, with other nonprofit partners will be a coalition that will create new programs and services for every stage of the life cycle. Our intention is to sustain and maintain the school, but to build out new programs and services for the benefit of the middle stages of life."

With this concept in mind, Romirowsky undertook his own research by interviewing 450 non-JCC members in the community about their thoughts on community. He realized that the JCC was insulated from the outside world, and that the "J" (in JCC) was an unintentional barrier - non-Jews who would come to the JCC would ask, "Is it OK to be here?"

Now with 16 members who represent the diversity of the community, the JCC Board started their game plan. "We had to be a mirror of the community we serve," Romirowsky said. "We were not aligned with that picture. We pictured ourselves as a Jewish Y, and the picture of the community was not the same."

"A Town Square needs to be our core principle. We aren't running away from who we are, but we will be part of something bigger - working in partnership to build a better world."

Does this take away from the "Jewishness" of the JCC? Romirowsky says no. "Judaism's job is to repair the world. Our responsibility is to be a companion to the commercial growth and build community based on shared values."

With their new board and new vision, the Rosen JCC – Your Town Square is entering the new year with a "2022: New Year, New You" campaign, launching 10 new seminars - from money-management, tool kits for new careers, building resilience and developing both the soft skills and technical skills to advance one's career - that will be led by people in the community.

Community partners who share the vision include the Dr. Phillips Y, the Dr. Phillips Chamber of Commerce, the Rosen Aquatic Center, JOIN Orlando, the Southwest Orlando Jewish Congregation, Lake Buena Vista High School and the Islamic Center - and this is just the beginning. 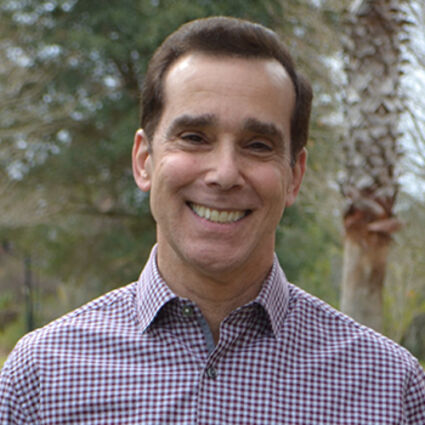 Partnering with the nonprofit group Ear for Each Other, they created The Market as a way to support furloughed and impacted hospitality workers.

The JCC is also creating more programs for those middle-aged and older. One topic is cognitive decline - a subject many don't want to think about, but is needed. In partnership with the Dr. Phillips Y, they have developed the Brain Fitness Academy, a highly structured therapeutic social program that will meet twice a week for 14 weeks. They will also run a support group for caregivers in partnership with the nonprofit Share-The-Care.

"We want to be a comprehensive community center. A '1-stop-shop' for a multiplicity of arenas that we can guide people to - in this building and out in the larger community through our partners."