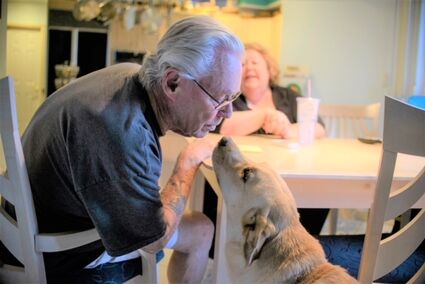 Gary was born in Fresno, Calif., on Aug. 10, 1933, to Frederick and Ann (Adolph) Roth. He grew up on the family-owned grape farm in Fresno. At 17, his thirst for adventure and sense of duty led him to enlist in the Navy. Gary was a second-generation Seabee and served one tour in Korea and three in Viet Nam. He retired in 1972 after 21 years of service, achieving the rank of senior chief petty officer (E7). While in the Navy he earned numerous awards including battle campaign ribbons, and spent three years in the Disaster Recovery Training Department.

In 1975, Gary moved to Denver, Colorado, where he met and married Wendi, who he referred to as "the love of his life." He was a loving and devoted husband and dedicated much of his time caring for Wendi in her later years. Together they shared many passions, but none more than all things Disney. They never needed an excuse to fly off to Orlando for a visit to the "Happiest Place on Earth."

Gary had several passions throughout his life. In his teen years he raced motorcycles and tried out for the Ice Capades. He was always an avid reader and was never more content than when he was sitting in his favorite chair, reading the latest novel from one of his favorite authors - Clancy, Patterson or Michener. He was a committed fan of all the Denver sports teams - the Nuggets, the Avalanche, and most of all the Broncos. He was fond of cooking and whether he as whipping something up on the stove or grilling a steak you knew it would be delicious.

If you knew Gary, you knew he was a loyal dog lover. From the family poodle, Gidget in Maryland, to the numerous family pups in Denver - Tipper, Tory, Clancy and Buddy - he was always happy when he had one of his loyal companions by his side.

Gary will be missed by many, and his influence on his family and those who knew him will be forever cherished and ingrained in their memory.

Gary will be laid to rest next to his beloved Wendi at Woodlawn Cemetery in Gotha FL. In lieu of flowers please consider a donation to Pet Alliance of Greater Orlando, a nonprofit organization that provides food, medical care and shelter for dogs and cats until they find their new forever homes. Donations can be made via this link https://petallianceorlando.org/way-give/memorials/.