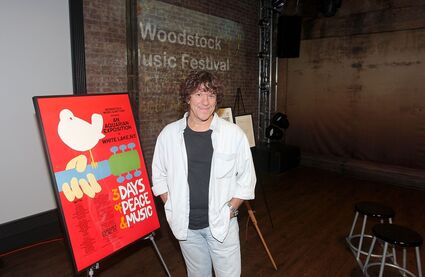 Woodstock Music Festival co-producer Michael Lang attends a celebration of the 40th Anniversary of Woodstock at the at Rock & Roll Hall of Fame Annex NYC in New York CIty, Aug. 13, 2009.

(New York Jewish Week via JTA) - Michael Lang, the Jewish co-creator of 1969's legendary Woodstock Music and Art Fair, died on Saturday at Memorial Sloan-Kettering hospital in Manhattan. He was 77.

The cause, according to a family spokesperson, was a rare form of non-Hodgkin's lymphoma.

A concert promoter who was just 24 at the time, he was one of several Jewish collaborators who made the generation-defining festival, billed as "Three Days of Peace and Music," happen. Other key players included music executive and promoter Artie Kornfeld - another Brooklyn-born Jew - and businessman Joel Ro...