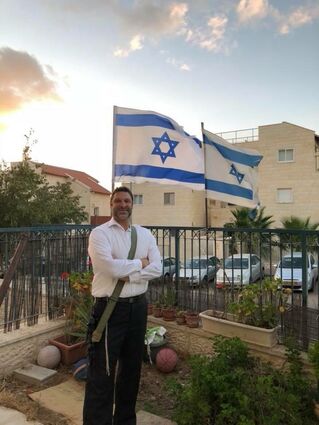 Ari Fuld at his home in Efrat.

(JNS) - A U.S. District Court judge in New York dismissed a civil case brought by the family of slain Israeli American pro-Israel activist Ari Fuld against the PLO and the Palestinian Authority, citing lack of jurisdiction in a decision that could have broad implications in how American victims of terrorists can hold perpetrators liable.

The lawsuit was brought by Fuld's family and the U.S. Justice Department after the 2018 murder of the 45-year-old father of four by a Palestinian terrorist.