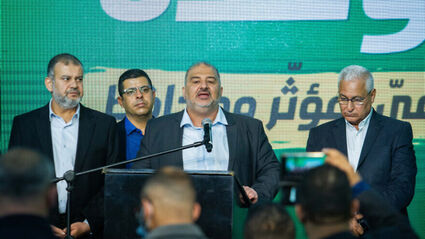 (JNS) - The southern branch of the Islamic Movement in Israel chose a new leader in recent weeks that cements its continued role in the Israeli government.

Sheikh Safwat Frij, who previously served as deputy head of the movement and based in Kafr Qasim, was elected over Sheikh Muhammad Salameh Hassan, a religious authority in the movement. He has publicly used harsh rhetoric, saying, "The people of Palestine are united from the river to the sea until the occupation disappears entirely."

Frij takes a softer approach and is seen as a power center behind Mansour Abbas, the head of the movemen...