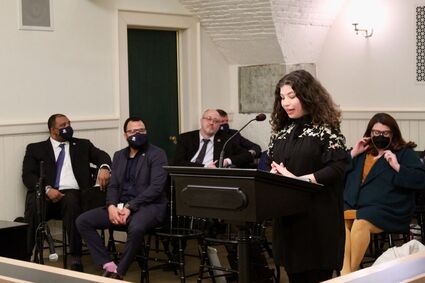 Ohio University junior Hadass Galili noted that an instructor threatened to drop her grade by an entire letter after she had to miss a class because of Passover, Feb. 15, 2022.

(JNS) - The Ohio House Higher Education Committee heard testimony on Feb. 15 on a bill that would require colleges and universities in the state to provide accommodation for students when there are conflicts between class assignments, exams and religious observances.

The bipartisan bill was introduced by Republican State Rep. Gary Click and Democratic State Rep. Jessica Miranda, and has s...