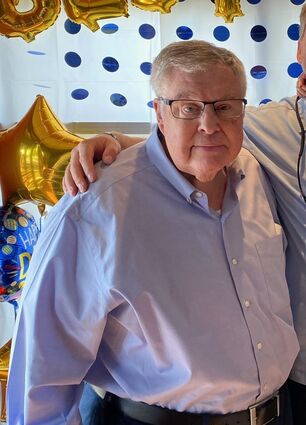 Harry Louis Seligman, 76, of Sanford, Fla., passed away on March 2, 2022. Harry was born on Sept. 19,1945, in Chicago. Ill., but was raised in Shaw, Miss., by his loving parents, Dan and Bess Seligman. He was the oldest of three siblings - his sister, Linda Seligman (North Carolina) and his little brother, Mike Seligman (deceased).

Harry eventually moved to Florida and had a long career in electronic sales. He met his wife, Arlene, on a blind date and was married for nearly 40 years. He helped raise her three wonderful daughters, Melanie, Deborah and Rachael, who he eventually adopted to call his own. They were his pride and joy! He enjoyed traveling and family vacations every year!

Harry was a huge animal lover. There wasn't a dog around that Harry didn't stop to pet and love on. Harry was the kindest man you could ever meet. He could start up a conversation with anyone. He always had a funny story to tell. If you were ever blessed to sit and talk with him, he wouldn't hesitate to pull out his phone to show you pictures and videos.

Harry is survived by his wife, Arlene; daughters, Melanie Key (Talmadge), Deborah Muller (Ales), and Rachael Maines (Matthew); his sister, Linda Seligman of North Carolina; and his two grandsons whom he adored, Austin Seligman (Rebekah) and Max Muller. Harry was predeceased by his brother, Mike Seligman.

In lieu of flowers, the family requests contributions in Harry's name to Canine Companions for Independence or St Jude Children's Hospital.

May his memory be a blessing to all that knew him. He'll be deeply missed by so many and forever in our hearts.