Madeleine Albright was 'a force to be reckoned with' 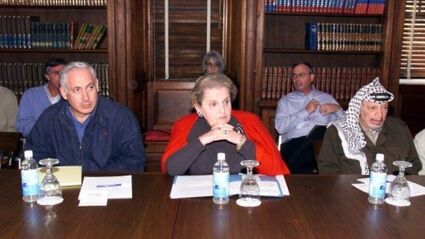 (JNS) - Madeleine Albright, the first woman to hold the position of U.S. secretary of state, has died of cancer at the age of 84.

A statement posted on Twitter said that Albright was "surrounded by family and friends" and that she was "a loving mother, grandmother, sister and friend," as well as a "tireless champion of democracy and human rights."

Born Marie Jana Korbelova in Prague-then Czechoslovakia in 1937-she came to the United States as a refugee in 1948. She eventually rose to the heights of American foreign policymaking as U.S. ambassador to the United Nations from 1993 to 1997, a...