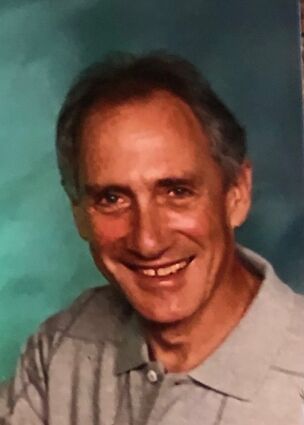 Jim Rosenblum, of Ocoee, Fla., died unexpectedly on Jan. 22, 2022, from complications of cancer and chemotherapy, at the age of 73. Born in Cleveland, Ohio, on Feb. 7, 1948, to Earl and Liese (Grad) Rosenblum, Jim was raised in Lexington, Mass. He graduated from Brandeis University in 1970, with a Bachelor of Arts degree in Music and French, and attained his Master of Arts degree in Music Composition from the City University of New York in 1972. Jim's love of adventure and music took him to Paris during college to hone his French skills and play in a rock band; and later he lived in locales as diverse as Las Vegas; Nome, Oklahoma; and California. Jim worked as a music educator, band director, and saxophone player with a traveling big band, as well as an audio-visual technician. These skills led him to his destiny; while working as a cruise ship musician, he spotted a woman in an exercise class and wooed her long distance for 18 months. Forsaking the cruise ship life in 1990, Jim moved to the Orlando area to be with her. Jim found work as a tutor, substitute teacher, and part-time musician, and eventually as an entertainment technician at Walt Disney World.

Jim married that woman, Carolyn Metz, in 1992, and by 1997 they had two sons, Samuel and Benjamin. Jim was a devoted father, studying Tae Kwon Do with his sons and earning First-Degree Black Belt. Jim also became an assistant scout master to BSA Troop 641, mentoring his sons and many other young men through earning the Eagle Scout rank. Jim cheered the boys through Little League, encouraged them to take up music, and spearhead many family adventures. Connecting with extended family took the "Rosenblum Four" all over the U.S. Between visits, he made sure to call his mother, sister, and uncles every week. Jim passionately loved his home and could fix just about anything around the house. Jim loved to hike and ski, go kayaking and bicycling, and sit in his sunroom on Sunday mornings with the crossword puzzle and a dangerously sharpened pencil. He volunteered for Congregation Ohev Shalom's Mens' Club, ushering on the High Holy Days and participating in blood drives. All the while Jim kept making music, playing with local bands playing at the Moose Lodge, senior living facilities, and other venues.

Jim was preceded in death by his parents and his brother-in-law, William Bosco. He is survived by his wife, Carolyn; their sons, Sam and Ben; his sister, Rosie Bosco; and two nieces, Laura Goff (Scott) and Ruth MacDonald (Alex).

Jim was interred in Congregation Ohev Shalom Cemetery on Jan. 25, 2022, following a service at his synagogue where his family was honored by the attendance of many, many friends, both in person and over zoom.

To honor Jim's love of music and his desire to see music in everyone's life, the family requests that donations may be made in his memory to either the Cantor's Discretionary Fund at their synagogue (www.ohevshalom.org) or to the organization Hungry for Music (www.HungryForMusic.org) which seeks to put quality musical instruments into the hands of school children.

Whenever we hear the strains of "Autumn Leaves," or make a really good joke or a really lame pun, or quote a line from "The Princess Bride," we will remember him. Rest in peace.