The power, potential and possible pitfalls of the Negev Summit 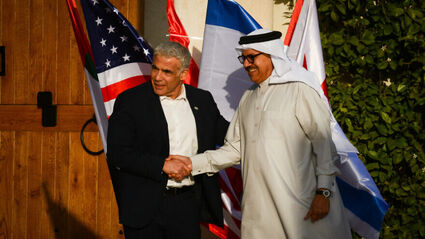 (JNS) - The sight of four Arab foreign ministers - from the United Arab Emirates, Bahrain, Morocco and Egypt - accompanied by the U.S. Secretary of State and hosted by an Israeli foreign minister at the first annual Negev Summit at Kibbutz Sde Boker was more than just the fulfillment of founding Prime Minister David Ben-Gurion's vision to make the desert bloom.

The summit demonstrates that the 2020 Abraham Accords pave a clear path to the end of the decades-long Arab-Israeli conflict. It also represents a shift in the global balance of power and further cements Israel as an emerging superpo...