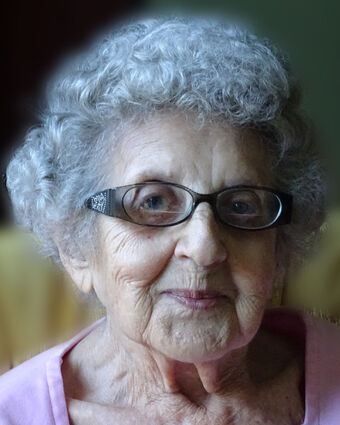 Sara was born on June 1, 1919, in Annapolis, Md., to Benjamin and Yetta (Farber) Snyder. When Sara was five, the family moved to Easton, Md. She attended State Teacher College at Townson, 1936-1937. After completing secretarial school at Strayer Business College, she worked at Cat's Paw Rubber Company in Baltimore, 1938-1940. She worked in the Panama Canal Building in Washington, D.C., 1940-1943.

She became engaged to Edwin Epstein, MD, in June 1942. They were married on Feb. 7, 1943, in Centreville, Md., at his family's hotel. They started life in Birmingham, Ala., where he did his medical residency and internship. Her daughters, Rheda and Adrienne, were born in Birmingham.

The Epstein family moved to Sanford in 1950. Sara was a homemaker, active in PTA, a member of the Woman's Auxiliary of Seminole County Medical Society and founding member of the Central Florida Regional Hospital Auxiliary (working as a "Pink Lady" well into her 90s). She had been a member of Beth Israel Congregation in Sanford and Congregation of Reform Judaism in Orlando and Temple Shir Shalom of Oviedo.