Some Jewish tech workers won't ever return to the office - instead, they've moved to Israel 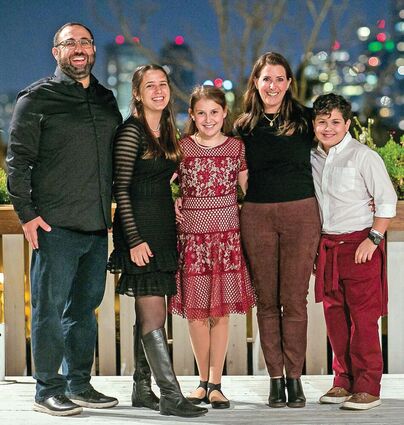 Dan Cohen and his family at a bat mitzvah in Tel Aviv.

(J. The Jewish News of Northern California via JTA) - Koby Geduld clocks into work at 7 p.m. most nights. He's a project coordinator for Tile, the San Mateo–based maker of Bluetooth-enabled tracking devices. He boots up his laptop from his home, responding to messages and having meetings until 3 a.m.

No, Geduld isn't nocturnal (at least not naturally).

He's working overnight hours because he no longer lives in the Bay Area. Instead, he's 10 hours ahead, in Jerusalem - where he and his wife moved last summer. And the 24-year-old isn't alone.

Guy Rosen, an Israeli and a vice president at...