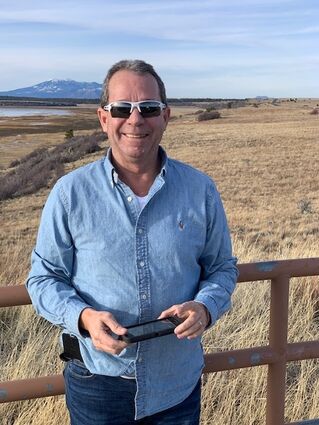 Stephen "Steve" Weldon Horne, of Longwood, Florida, passed away on Sunday, May 1, 2022. He was born on Feb. 25, 1957, in San Francisco Calif., to Lewis and Beverly Horne. Steve was the ultimate salesman and worked in sales most of his life. He was a service adviser at Don Mealy Acura, which later became AutoNation Acura, for over 20 years. He was beloved by his customers and, for the most part, his fellow employees. In his later life he began working with his wife, Paula, at her CPA firm.

Steve's enjoyments included, but were not limited to, his five pets, time at the beach, Costco, annual trips to New York City to see Broadway plays, riding his scooter around the neighborhood, the Orlando Magic and the Tampa Bay Buccaneers.

He is survived by his heart-broken wife of 33 years, Paula, and their two children Benjamin (Meliza) and Nicholas, all of whom were the light of his life and his pride and joy. He is also survived by his brother, Terry (William) of Augusta, Ga .; brothers, Michael (Barbara) of Clermont, Fla .; James (Pamela) of Winter Park, Fla .; sister, Victoria (Daniel) of New Smyrna Beach, Fla .; and numerous other family members and friends.

Graveside services were held Wednesday, May 4, 2022, at Congregation of Reform Judaism Cemetery at Woodlawn, Gotha.

In lieu of flowers, donations may be made in his memory to SPCA International or Second Harvest Food Bank.