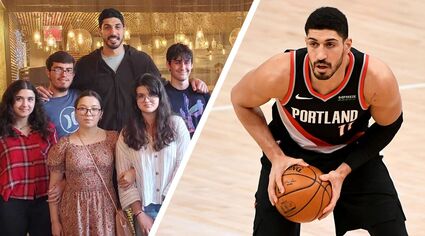 Enes Kanter Freedom poses with students at Brooklyn Amity School when he visited on Monday, June 13 2022/ Kanter Freedom playing for the Portland Trailblazers in the NBA.

Kanter Freedom, who is Muslim, grew up in Turkey and played for five different NBA teams between 2011 and 2022. Over the last couple of years, he has become outspoken about human rights violations in Turkey and other parts of the world, including China, whose treatment of the Muslim Uighur people has been described by th...