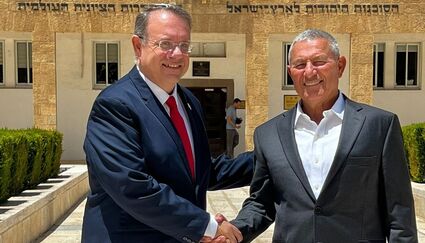 (JTA) - The Jewish Agency's nominating committee recommended Doron Almog, a storied retired general and a longtime advocate for people with disabilities, to lead the body that bridges Israel and the Jewish Diaspora.

The nomination Thursday of Almog, 71, now goes to the Jewish Agency's Board of Governors, where it is all but assured of approval. The nomination follows an extended period of consideration since May 2021, when the last chairman of the agency, Isaac Herzog, announced his successful run for the Israeli presidency.

The agency has been led in the interim by an acting chairman, Yaak...