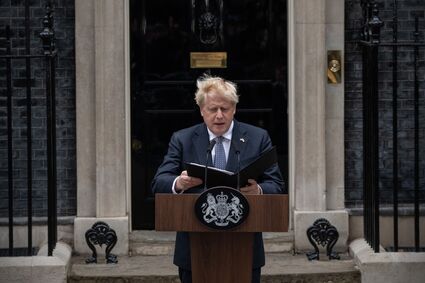 (JTA) – For many Britons, Boris Johnson's tenure as prime minister will have been defined by scandals like the one that forced him to resign on Thursday.

For Jewish Britons, the memories might well include a broken menorah.

Elected in 2019, the Conservative Party leader announced Thursday that he would step down after his cabinet collapsed amid his latest scandal - the way Johnson handled the case of a senior official who had been accused of sexual abuse. Johnson has also come under criticism for his violations of the United Kingdom's COVID-19 rules and his alleged failure to report some...