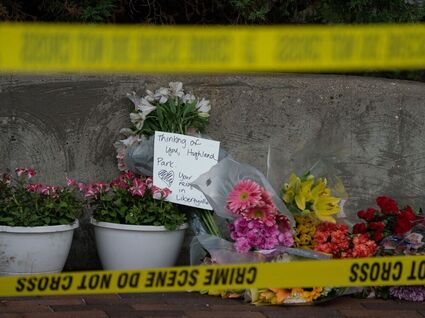 Flowers and a message left in memory of the victims at the scene of the shooting.

Kevin and Irina McCarthy were at an Independence Day parade in the heavily Jewish neighborhood of Highland Park with their two-year-old son Aiden when a gunman opened fire on the crowd. Kevin died as he shielded Aiden with his body.

Both parents, in their 30s, were among the seven killed. Some 50 others were injured either by gunshots or while fleeing. As of July 6, nine people were still hospitalized.

Lauren Silva, daughter of Longwood residents Dr. Steven and Karen Selznick, who had come to the a...