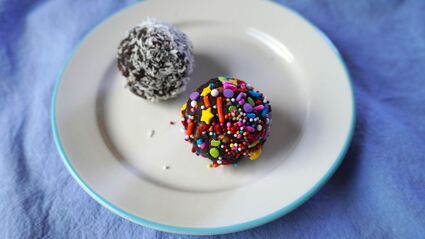 Kadorei shokolad (chocolate balls) are one of Israel’s most popular desserts. Like many of the world’s most comforting foods, these sweet treats can typically only be found in home kitchens. They’re made with a few simple pantry staples, including ubiquitous Israeli tea biscuits. While the exact origins of kadorei shokolad are unknown, the recipe was first published in 1975 by Israeli cookbook author, Ruth Sirkis. Sirkis deeply influenced Israeli home cooking, and she is often referred to as the Julia Child of Israel.

Kadorei shokolad are made with a one-bowl recipe, require zer...