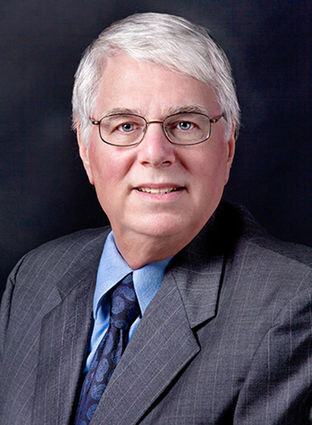 When Dr. Edward Zissman came to Orlando in 1972 to serve for two years as chief of pediatrics at the Naval Hospital, the Orlando Jewish community had no idea of what an impact his arrival would bring. A soft-spoken and unassuming man, his suggestions and guidance helped bring into being the Hebrew Day School (now the Jewish Academy of Orlando), the PJ Library, and the Jewish Federation's Tay-Sachs Disease Screening program, which at the time was the second U.S. community to have a successful screening test. He also served on many capital, re-dedication and Life and Legacy campaigns and served on many boards, and served on the inaugural board of directors of both The Holocaust Resource Memorial Education Center and the Central Florida Hillel Foundation.

For these reasons and more, the Heritage chose Dr. Zissman as its recipient of this year's Human Service Award.

Longtime friends Marc and Henrietta Katzen told Heritage that Ed Zissman was one of the first people they met when they moved to Orlando 42 years ago and enrolled their son, Hirsh, at the then Hebrew Day School, now JAO. "He and Phyllis welcomed us with open arms and were instrumental in getting us active in the community."

"Ed is a brilliant person in getting community support when it comes to something important," Henrietta said. "Ed Zissman has been a phenomenal man and community leader in Orlando. Every agency has benefitted from his efforts and fundraising. He has promoted leadership development. He is one powerful person in our community. While our son Hank and [his wife] Marcie were still living in Altoona, [Pa.], Ed facilitated Hank becoming part of National Young Leadership and Marcie getting involved in CAGE which works on Jewish education. They brought the benefit of what they learned in these national groups to Orlando when moving here."

She continued, "Without Ed's help and dedication to Jewish causes there would be no Jewish day school and no PJ Library, both organizations playing a vital role in educating our Jewish youth to become Jewish leaders. Ed and Phyllis' love for and dedication to Jewish life and especially to Jewish education has strengthened our entire community. I don't know where this community would be without him. I am thrilled he is getting the Human Service Award."

According to Paul Jeser, who was the executive director of the JCC and the Federation when the Hebrew Day School opened its doors in 1977, Ed and his wife Phyllis were responsible for much of the foundation on which the Orlando Jewish community is built.

"[He is] a visionary, planner, getter, doer... meaning he had a vision of what the Jewish community should be, he helped develop the plans to get it there, he raised the necessary funds, he made it happen."

Jeser added, "not only did Zissman see the need for a day school, he worked towards developing a response to that need, gave significant funds to develop it and actually solicited gifts from others to support the school."

The creation of the day school did not happen overnight. In the early 1970s, Federation Education chairman Zelig Wise and a core group, which included Ed and Phyllis, were investigating the possibilities of a day school. They contacted Dr. Leon Spotts of the Atlanta Bureau of Jewish Education who came to Orlando to discuss what was entailed in formulating a school. Zissman took it upon himself to visit other Jewish schools in the country and spoke to other federations. Six years later the group attended the General Assembly in Philadelphia where one of the major themes was Jewish education. Since Philadelphia was Zissman's hometown, he convinced the group to visit several day schools in the area. From those visits, the group decided to proceed with fundraising, registering students, hiring an administrator and finding curriculum. The school opened in 1977 with 43 children from kindergarten to third grade enrolled.

In 1995, the school had grown to 250 students and was in need of a new head of school. It was Zissman who brought Zena Sulkes (also from Philadelphia) to Orlando.

In a Heritage article about Zissman's retirement from pediatric practice (Jan. 15, 2016), Sulkes shared "My connection with Edward began in January 1995 when he called me in my office in Philadelphia. He is really the person most responsible for my move to Orlando to become the head of school of HDS. His commitment to Orlando having a quality day school is unparalleled among lay leaders."

"It was at that game he asked me to lead the Hebrew Day School. He got his wish and made me a better man for it. He has been a headstrong leader of this community for over 30 years," Klaiman stated in the 2016 Heritage article.

Klaiman served as president of the HDS board many years later.

Alan Rusonik, who became head of school in August 2014 and is now retired, shared, "Here is a man who has dedicated almost 40 years to ensure that we have a strong and sustainable Jewish day school in Central Florida and has not given up the fight this whole time. While most people would have handed over the mantle of leadership to the next generation, Ed wants to make sure that the day school that he helped found almost 40 years ago is still vibrant today for his grandchildren and the rest of the community. My hat's off to Ed for his leadership, his dedication, his tenacity and his commitment to ensuring a Jewish future in Central Florida through Jewish day school education!"

Zissman cares for all Jewish people. While serving at the Naval Hospital, he saw that there were young Jewish recruits who were far from home and the High Holidays were approaching. His synagogue, Ohev Shalom, held services at NTC chapel. He approached the Base commanding officer and requested permission to have these recruits come to their home for the Yom Kippur Break Fast. Twelve to 18 young men came to their home where they enjoyed a home-cooked meal and were allowed to call their homes. It is one of Zissman's fondest memories.

While still at NTC, Zissman went to the JCC and Federation and asked if they would support him in sponsoring a Tay Sachs screening program for young couples in Orlando.

With the Federation as sponsor, they had a very successful program and screened over 300 people with tremendous community support from our Jewish medical community nurses and physicians along with logistical support from the Naval Hospital.

Zissman served as genetics counselor. He was proud that with a six dollar per test fee, he was able to generate a positive cash flow returned to the Federation since all of the equipment had been donated by the Naval Hospital and the staff was all volunteers.

Zissman has been a board member of the Federation, UCF Hillel, Congregation Ohev Shalom, and the Holocaust Memorial Resource & Education Center. He is also a major financial supporter of Orlando's PJ Library and UCF Hillel.

Last year's Human Service Award recipient, Hank Katzen, had this to say about this year's winner, "Dr. Zissman is a great person ... a very deserving recipient. I served with him on the JFGO Allocations Committee for many years in the mid 90s. He was a strong advocate for education without turning a blind eye to other needs in the community and Israel. It was from that committee that the Central Florida Hillel agency was born.

"Prior to moving to Orlando, Marcie was teaching Hebrew School in Altoona, Pa. Dr. Zissman recommended the Conference for Advancement of Jewish Education. Marcie attended several conferences and was please and well served by the recommendation. Once, I think, Dr. Zissman attended with her.

"I benefitted from Dr. Zissman's counsel and his good advise has been life changing. As a very young Federation campaign co-chair in Altoona Pa., Dr. Zissman advised me to get on the UJA National Young Leadership Cabinet. He rationale was that membership provided access to the best practices and the most well developed training program for Jewish Community leaders and Israeli advocates. He was so right. I enjoyed and learned, and Marcie became a member of the Cabinet too.

Dr. Zissman's wife and nominator, Phyllis, captured his persona with these words, "I would say that over the 50 years he has been in Orlando, there has not been a time when he has not reached out to help the Jewish community in some way. He has persevered and never lost his sense of doing the right thing. He has not looked for the spotlight, but has only wanted to provide for the Jewish community in general, but for the Jewish children most specifically."

The Human Service Award will be presented at the Jewish Federation's annual meeting on Sunday, Aug. 21 at 10:30 a.m.