To save Jews and keep the Nazis away, these doctors invented a fake infectious disease 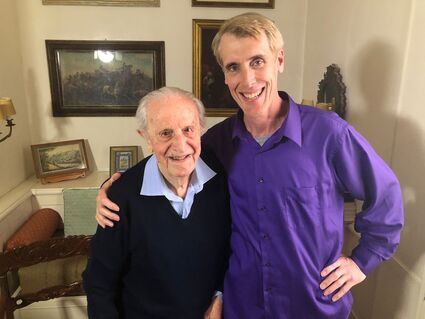 Adriano Ossicini, one of the doctors behind the Syndrome K ruse, with "Syndrome K" director Stephen Edwards, 2018.

(JTA) - How the subject of his new documentary, "Syndrome K," has largely escaped public attention is a mystery to filmmaker Stephen Edwards.

"It's the greatest elevator pitch in Hollywood," he said. "The story of three doctors, one of them Jewish, practicing with a fake identity, that fool the SS with a fake disease that saved Jews from certain deportation."

"Syndrome K," which hits digital and video on demand platforms on Tuesday after some Jewish film festival showings, tells that little-known, surefire story: How three doctors at a hospital in Rome shielded a group of Jews from the Na...