What's in the new Iran deal, and what's holding it up? 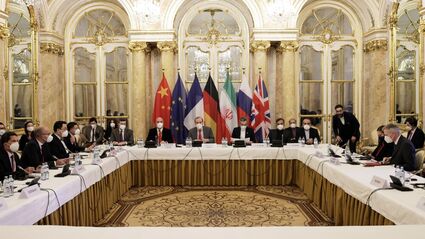 (JTA) - Last week, the chances that the United States would rejoin the Iran nuclear deal seemed higher than they had been in years.

CNN and Reuters reported that Iran had dropped multiple demands in the ongoing negotiations over a new accord that would update the original reached in 2015. Senior U.S. officials were confident that the new deal would be sealed in days.

Then on Monday, Iran's government said it wanted more time - extending into September - to examine the U.S. response to a recent proposal. It's no longer clear if Iran has made the concessions that U.S. officials were so sure...