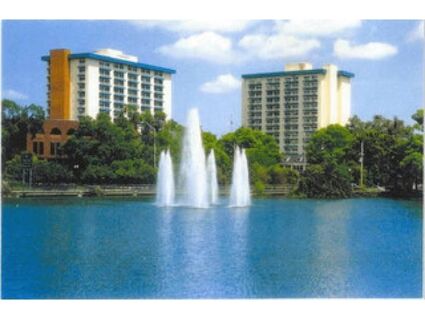 An aerial of the Kinneret Apartment looking toward southwest Orlando.

In December 1968 an open house was held to dedicate the new Kinneret Apartments for low-income elderly people. The developing process began in 1960 when the Central Florida Jewish Community Council president, Flossie Gluckman, learned from Ernie Rapp about a program offered by the U.S. Department of Housing and Urban Development. A Jewish senior housing council was formed. Abe Wise found two acres of land on Lake Lucerne. The founders likened it to the Sea of Galilee and named the future apartments Kinneret.