US Amb. Nides to JNS: Israelis and Palestinians 'nowhere near two-state solution 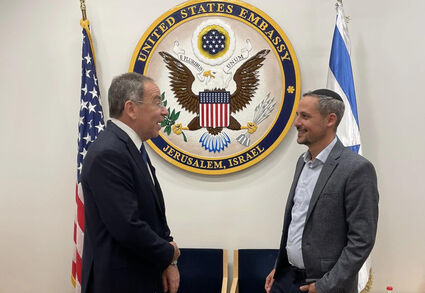 (JNS) The Biden administration's ambassador to Israel Tom Nides has a tough act to follow. Predecessor David Friedman was the Trump administration's point person for major U.S. policy shifts in Israel's favor, including the move of the embassy to Jerusalem, recognition of Israeli sovereignty in the Golan Heights, and the signing of the historic Abraham Accords by Israel, the United Arab Emirates, Bahrain, Morocco and Sudan.