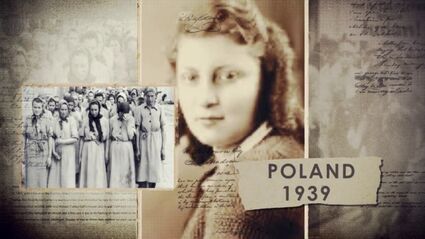 From the "I Remember Series - Tess Goldberg Wise" on YouTube.

Holocaust Center founder Tess Wise, who as a teen escaped from a Nazi labor camp and who dedicated her life to fighting antisemitism and the ultimate consequences of hate, passed at the age of 99 on Sunday, Oct. 23, 2022.

Wise and her late husband Abe were partners in philanthropy, innovating and supporting numerous charities and institutions throughout Central Florida. But it was her dedication to using personal and world history to ensure the Holocaust was not forgotten and to create a more just and caring society that brought her recognition around the world.

Tess encouraged people, "to be active participants in society; to make the choice to make a difference. We must preserve the past if we are to protect the future for the generations that come after us," she said.

What began with her "Holocaust Project" in the early 1980s with small conferences and discussions about extremism and terrorism, stands today as the Holocaust Memorial Resource and Education Center of Florida. The institution has provided unparalleled educational experiences for more than 30,000 students annually, as well as programs and exhibits about the Holocaust for thousands of visitors each year.

Tess' daughter, Ellen Wise Lang, has served as the Center's Board president and spent years working with and on behalf of her mother's mission to fight against hate. "My mother came to the United States having escaped the horror of a concentration camp and the tragic murder of her parents and most of her family. She chose to come here for the same reasons as so many do: welcome, safety, opportunity, a new life. And an amazing life she did make. One filled with family, community, and purpose. We are all the beneficiaries."

Talli Dippold, chief executive officer of the Center reflects, "Today is a sad day. Tess' visionary and unwavering commitment to Holocaust education has and will inspire people to act to combat prejudice and antisemitism in all its forms. Her loss will be felt and mourned, but her legacy will live on in the work that we do."

Tess was born in 1923 in Szydlowiec, Poland. When she was a teenager, her family moved to Radom, Poland, which in September 1939, was seized by the Germans who immediately began persecuting the Jewish population. Forced into a ghetto, Tess, her parents and 14 other relatives lived in a two-room apartment before being deported to a nearby labor camp, where her parents worked in a munitions factory.

Tess, however, escaped, having been encouraged by her father and helped by a Polish gentile friend named Maria, who had been a neighbor before the war. She lived with Maria's relatives under false identity papers for about one and a half years, until the area was liberated by the Soviets in the Fall of 1944. After Radom was liberated in May 1945, Tess reunited with the only surviving members of her family - five in all. In 1947, she immigrated to the United States.

She exemplified strength, perseverance and wit, the same characteristics that contributed to her lifelong drive to protect and honor the history of the Jewish people and create authentic education resources to ensure history doesn't repeat itself.

Tess was among the founding members of many Jewish community organizations including the Jewish Academy of Orlando and the Roth Family Jewish Community Center. In 1981, she helped to establish what would become the Holocaust Memorial Resource and Education Center of Florida as a series of conferences. The Center was the very first of its kind in the southeast, predating, even, the United States Holocaust Memorial Museum in Washington, D.C. 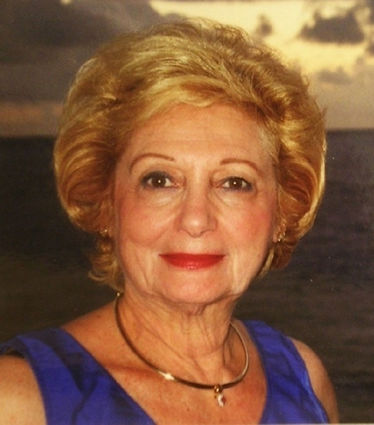 "Tess Wise was a force in the Orlando community and the world," Orlando Mayor Buddy Dyer said. "She endured unimaginable tragedy but channeled her energy and intelligence in the most optimistic of endeavors, believing that the world could be better and hate eradicated. Her memory and her impact will live on for generations."

Stephen Smith, founder of StoryFile and executive director emeritus of USC Shoah Foundation shared "Tess embodied the resilience of her generation. She suffered greatly but used every day of her life to help heal our world. She documented the past but was concerned for our future. She showed that in spite of everything, with resolve and foresight, there can be hope for humanity."