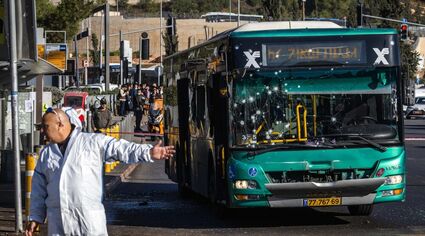 Police and security personnel at the scene of a terror attack in Jerusalem, Nov. 22, 2022.

(JTA) - Two bombs rocked bus stops at crowded entrances to Jerusalem early Wednesday morning, killing a teenager and sending about 20 people to the hospital, some in serious condition.

The fatality was a 16-year-old yeshiva student named Aryeh Shtsupak from Har Nof, a largely Orthodox neighborhood in Jerusalem. He may have held Canadian and American citizenship, according to local media reports.

The attacks represented the first time in years that terrorists used bombs in a deadly assault against Israelis, and police say they believe the bombs were detonated remotely. In recent months, Isra...