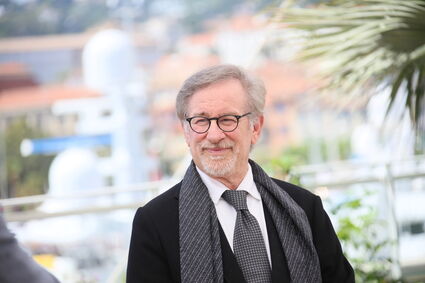 Steven Spielberg at the 69th annual Cannes Film Festival at the Palais des Festivals in France on May 14, 2016.

(Jewish Journal via JNS) - I hope the Jew haters who bully a young Steven Spielberg in his new movie "The Fabelmans" get a chance to see the film. In fact, I hope Kanye "Ye" West, Kyrie Irving, Jew-hating white supremacists and any sect who believes American Jews are not the "real Jews" also see the film.

I want them to see the film for many reasons, but primarily because of the young Spielberg's reaction to being called a "kike" and a "Christ killer" and getting beaten up by ignorant, Jew-hating thugs while in high school in the mid-1960s.

Instead of wasting his life wallowing in victimhoo...