The man who saved more Jews than Schindler 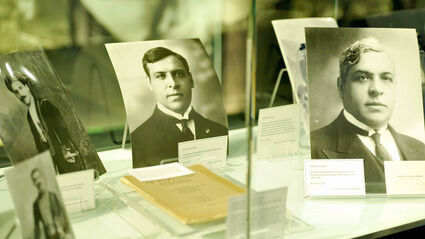 Photos of Aristides de Sousa Mendes from a Sousa Mendes Foundation exhibition at the Los Angeles Museum of the Holocaust.

As a journalist in Israel in the 1980s, I'd covered the Lebanon War and violence in the West Bank. But I'd always felt like an outsider. Last month, I returned to Jerusalem after nearly 35 years away. This time, though, I wasn't just an observer. Dancing around a Torah scroll at a tiny Haredi yeshiva, I was a participant.

That Torah was saved thanks to Aristides de Sousa Mendes, a Portuguese official who rescued thousands of Jews from the Nazis - including my grandparents.

For two days in November, Sousa Mendes was posthumously honored by the city of Jerusalem and Yad Vashem, Israel's o...